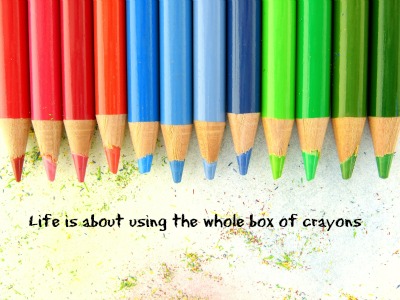 Every one has some sort of limitation in life.  For some this may be an actual physical disability, for others it is more subtle.  Some children have difficulty with math, or reading or social skills.  It is a rare child who excels in every area.

Often as adults in children’s lives we either try to shelter kids from difficulties or we focus on them and try to shore up the problem.  Unfortunately, resisting a problem often actually makes it worse.  What we resist will persist.

What if instead of avoiding or even tackling the limitations that we each have in our lives, we embraced it?  What would that look like? Here is a terrific TED talk by Phil Hansen called, Embrace the Shake:

Although Phil is talking to adults, his message has great meaning for educators and parents as well.  What if we encouraged children to see their limitations as new possibilities?  How could we teach and model this concept to our children?

Phil Hansen’s point of embracing the shake that he had developed due to permanent nerve damage is a new perception of a physical difficulty.  Instead of trying to hold the pencil tighter and decrease the shaking in his hand, he decided to just let it happen.  By doing that, he created a whole new way of designing art.  Likewise, what if instead of trying to overcome difficulties by trying harder, we looked for the gift, the opportunity in the midst of them?

This idea of learning to embrace whatever limitation we are faced with is an important one.  It is different from giving up on something because we failed.  It is different from overcoming the limitation by trying harder.  Instead it is embracing the difficulty and working within the confines of the limitation in a new way.  It is changing our perception.  It is asking the hard question, “Will this difficulty, this limitation be a burden or a gift?” It is recognizing that we have choices no matter our circumstances.

This idea translates into accepting all the imperfections that we experience and loving ourselves anyway. In her book, The Gifts of Imperfection, Brene Brown repeats this theme and maintains that rather than fighting our imperfections, we recognize them as the gift that they are. In a world where insults, criticisms, and fears are spread too generously alongside messages of unrealistic beauty, attainment, and expectation, we must help children learn to embrace imperfections rather than holding on to self-defeating thoughts. When we ask the hard question, “Will this difficulty, this limitation be a burden or a gift?” we help children recognize that they have a choice in their response no matter the circumstances.

It’s almost Christmas and Wyatt the Wonder Dog is wondering how long he will have to wait until the big day and what gifts he will get.  His mother, however, has a more important question, “What will you give for Christmas?”  Join Wyatt as he learns a valuable lesson about how anyone can be generous and giving at Christmas and all through the year.

With Wyatt the Wonder Dog as their guide, children learn the value of generosity and what it means to give from the heart. Lynne Watts deftly weaves this powerful lesson in a delightfully entertaining story sure to appeal to both children and parents.

~ Martha Jane Orlando, author of Children in the Garden 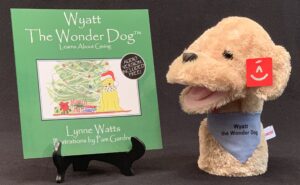 Posted in coping with limitations, failure and success, growth mindset, mindset, personal development, self esteem and tagged coping with difficulty, failure, the gift of imperfection, winning
← One simple step toward building confidenceKids who feel overwhelmed →
Scroll To Top