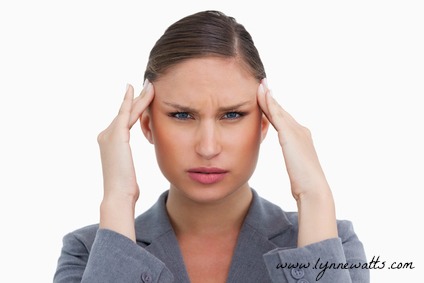 Three Mindsets that Keep You Stuck

One of my favorite books is Who Moved My Cheese?  by Spencer Johnson.  I especially like the children’s version with it’s colorful pictures and clever text. As a school counselor, I read the story in classrooms and discussed the behavior of the four characters with children. I’ve also loaned the book out to friends going through a transition or loss.  It is the story of two mice, Sniff and Scurry and two people, Hem and Haw who are camped out in a maze in the midst of an abundance of cheese.  They are all enjoying the cheese, however there is a dramatic difference between the mindset of the characters in the story.

Are You Hem and Haw or Sniff and Scurry?

Sniff and Scurry think ahead and  plan for the obvious;  the cheese won’t be around forever.  Even before the cheese is gone they begin preparing to move forward and look for more cheese.  They develop a strategy and begin the difficult task rather than waiting for the inevitable to happen.

Hem and Haw have a different mindset.  Not only do they not realize that the cheese is dwindling down but they also have an expectation that someone else will replace the cheese and continue to supply it once it is gone.  They are oblivious to the problem looming on the horizon and are taken by surprise when they arrive one morning for their daily nourishment and find that there is no cheese to be found. They are furious and distressed over their situation, yet they continue waiting in the same spot day after day for more cheese to magically appear.

Do you see yourself in this story?

Are you resisting the changes, the transitions in your life?

Or are you developing a plan and mapping out a strategy?

At the end of the day, will you say, “I’m glad I did” or “I wish I had”?  While getting started is an action step, many times it is our internal mindset that prohibits us from taking that first step.

Mindsets that Can Be Road Blocks

The first mindset that can become a roadblock and keep us stuck is:
• Not knowing what we want. If we haven’t yet set a goal or cast a vision,  it’s hard to achieve it. Many times we distract ourselves by identifying so many possibilities that we are overwhelmed with the choices. We say things like, “I could do anything…if I only knew what it was that I wanted to do.”
Not pinning down a goal can become an excuse for not moving ahead, for not taking action. Pick one or two ideas and put 100% of your effort into achieving it. Sniff and Scurry knew exactly what they wanted and unlike Hem and Haw they took action. Hem and Haw however had a different problem…
• Fear of Failure. We know what we want but we are afraid to go for it. We are afraid we may fail. We are afraid we aren’t good enough, competent enough, talented enough.  We have a desire, a dream, but we are afraid we may be turned down, rejected or embarrassed if we don’t achieve it. We may put forth a small effort to no avail. We say things like, “I guess it just wasn’t meant to be.”
We are actually cheating ourselves with this one.  The resources in our lives are often available, if we will only recognize them and make use of them. Failure is not an indication that we can’t reach a goal.  It is only an indication that we may need to take another path.  Sniff and Scurry tried lots of different paths to the new cheese before they found the right one.  Sometimes it isn’t failure that we’re afraid of though…
• Fear of success. Just as fear of failure can paralyze us, so can fear of success. What if we don’t really know what to do, how to act, how to perform? What if we are overwhelmed with the responsibility of success, the amount of time and energy that it requires? What if we are successful and people find out we are an impostor?
Again our internal voice is paralyzing us with what if questions. We may say, “What if I succeed and they expect me to know everything and then find out I don’t?” We fail to recognize the flexibility, the power and the control that we have in any given situation.
Overcoming negative mindsets and the dragon in our brain that reinforces them can sound like a daunting job.  It is difficult but not impossible. Roadblocks can be challenged and the road paved for success.
Don’t let lack of a focused goal or fear of success or failure keep you from making that first step forward.  Challenge the resistance and keep going even when your feelings aren’t in line with your actions.
It doesn’t matter if you are on the right track. If you are sitting still, you will get run over.  ~Will Rogers

I was at a turning point in my business in deciding which direction to go.  I needed some focus and inspiration.  Fortunately I was connected with Lynne Watts and Dream Achiever Coaching.  Through a few individual coaching sessions and her informative videos I learned how to change my mindset about “selling” and promoting my business.  I also gained clarity on direction and uncovered a business model that would work best with my current phase of life.  I now have greater clarity to move forward in 2017 and have already landed my first client of the year!  Lynne is positive, encouraging, and is great at helping you find the clarity and inspiration you need to move to the next level!  I highly recommend Lynne’s coaching packages!

Posted in Find Your Passion, mindset, personal growth and tagged goal setting, negative mindsets, Who Moved My Cheese?
← The 3 types of stress and how to cope10 Ways to Hire Successfully →