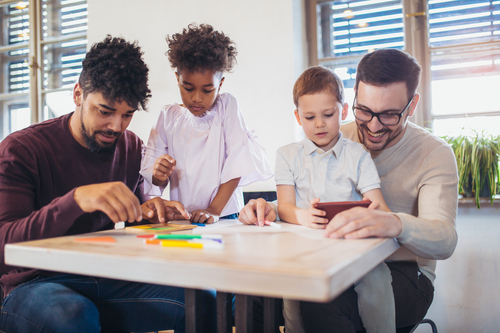 What if being fair means everyone misses out?

When was the last time you heard, “It’s not fair!”

Do you struggle to be fair to the students in your classroom?

Do you worry that you don’t give equal attention or time to your kids?

What if being fair actually means that everyone misses out? The scenario goes something like this;  a parent, a teacher, a boss says, “I can’t give you _____  (fill in the blank with time, attention, affection, money, resources) because I can’t give the same thing to everyone and if I gave it just to you it would be unfair. Since I don’t have enough resources to be fair and give it to everyone, I won’t give it to you or anyone.”

The end result is that not only does no one get the benefit, but that the giver becomes disengaged and distant.  What could be a win-win situation becomes a losing situation for everyone, including the person who wants to give, the person in charge of the resources.

How do you reconcile this situation?  Andy Stanley  in his leadership podcast, proposes what he calls “Do for one, what you wish you could do for all.”  But wait, do for one and leave someone out?  Isn’t that unfair?  Aren’t you as a parent, a teacher, a boss, playing favorites?  The answer of course is… yes.

I’m not suggesting of course that a teacher, a parent, a boss give all their attention, all their resources or affection to one child and nothing to another.  Just as Andy is not suggesting a leader ignore the needs of all employees and dote on one.  Instead he is suggesting that you select those situations where you can tutor, counsel, encourage, and make a difference.  In other words, “do for one what you wish you could do for all.”

Throughout history, there have been examples of this.

Oprah Winfrey was mentored and encouraged by a fourth grade teacher, Mary Duncan, who took extra time with her, allowed her to stay after class to help with various tasks and encouraged her to overcome her feelings of insecurity.

Walter Cronkite, well known news anchor, was encouraged by his devoted high school journalism teacher, Fred Birney, who gave him practical experience as editor of the high school newspaper and encouraged him to go into journalism rather than engineering.

Finally, Dr Martin Luther King Jr was inspired by Dr. Benjamin Mays, a minister, a scholar and president of Morehouse College.  Dr. King was so influenced by his close relationship with Dr. Mays that he would call him his “spiritual and emotional father”.

What if each of these individuals had decided not to mentor, not to encourage, not to inspire because they didn’t have the time to do that for all their students?  What if they had been afraid to become involved in the relationship because it wouldn’t be fair to others? Would we have even heard of Oprah Winfrey, Dr. Martin Luther King Jr or Walter Cronkite?

Overwhelmed by the needs of the students in your classroom?  Pick one where you can make a difference and mentor them.

Overcome by the turmoil, the needs of our broken world?  Pick one cause, one area where you can make a dent in the universe.

What if instead of worrying about being fair, we instead focused on making a difference?  Would the world look like a different place?   I’d love to hear your comments! 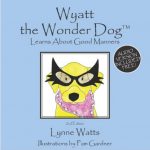 Have you ever had a friend that did some things that you disagreed with?  Wyatt does and he doesn’t know what to do about it. Join Wyatt as he learns that being honest with his friend is the best and only way to solve the problem.  A great story!

Posted in parenting, personal development, school and tagged being fair, parenting, teaching
← Does your workplace bring out the best?Five Tips to Tap Into Your Creative Spirit →