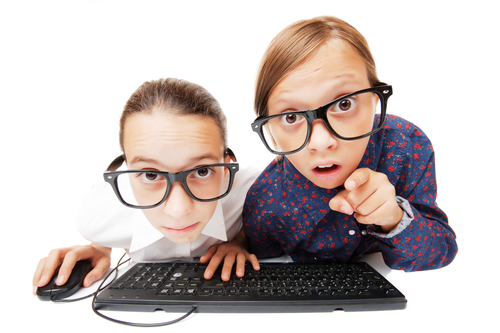 If you have any connection to the educational system as I do, it’s not unusual to hear teachers complain that children today are much harder to teach than in years past. In fact, the job of the teacher has become so difficult that the average length of time that new teachers stay in their career before dropping out, is now 5 years.

Student behavior is worse than ever and parents do not hold their children accountable.

Ability to pay attention is nonexistent. Teachers are competing with the world of technology which offers instant gratification and endless entertainment.

Many students have no motivation. Students share a sense of entitlement and have no desire to work hard in order to excel.

Students who are motivated are stressed and anxious to the point of poor mental health. The number of students who are on anxiety medication and in some sort of counseling for anxiety and depression is growing exponentially.

What is the cause?

In her fascinating book, The Good News about Bad Behavior: Why kids are less disciplined than ever and what to do about it, by Katherine Reynolds Lewis, the author reviews numerous studies that lay the blame squarely at the feet of technology. Children ages eight to eighteen use electronics an average of seven and a half hours a day, according to a Kaiser Family Foundation study! That’s more time than is given to any other activity other than sleeping. In addition, she cites studies that indicate that:

A study of preschoolers completed in 1948 was repeated in 2003 and showed a dramatic drop in self-control.

Another study, found that three times as many teens had trouble sleeping and thinking clearly in the period 2012-2014 as compared to 1982-1984. There has been a dramatic increase in depressive symptoms and distractibility over the past twenty years. Other studies show that increased social media use predicts less life satisfaction.

For every weekly hour of TV children watched before age three, they were 10 percent more likely to develop an attention problem by age seven even when other variables were controlled. Similar results are found when looking at all electronic media.  Kids exposed to more screen time tend to have more emotional difficulties, poorer family functioning and attention problems.

In case you are worried that Lewis recommends abstaining from all technology… relax.  We all know that in today’s world, technology is here to stay.  Check out next week’s post to learn some practical solutions.

In the meantime, don’t make any changes. Just reflect on and observe the amount of time you and your students spend on screens of all kinds. 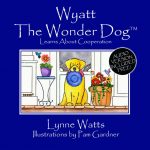 Wyatt wants to play Frisbee. Max want to build a fort and Callie wants to have tea party. How do the three friends reconcile their differences? Can it be done? When Wyatt doesn’t get his way, Max’s mother suggests he be the Superhero for the day. Join Wyatt as he learns how the magic of cooperation and compromise can bring the five friends closer together.