In a world dominated by technology, creative thinking is at a premium. While we can find the answer to most any question just by googling it, one thing that computers can’t do is create new ideas, problem solve or design projects that are outside of the box.  It takes the creative human mind to connect the dots.

Is creativity just something that some people are born with?

Or is it possible to teach kids how to think creatively?

Narrow the field– I know this is a surprising first step because most of us think to be creative that we need to widen the field of choices.  We believe we need to consider all the possible options.  Instead the brain is overwhelmed by too many choices and it is more productive in a smaller playing field.  Sometimes thinking creatively doesn’t mean thinking outside the box but instead changing the choices, connections and relationships inside the box.  Here are some examples of narrowing the field that can result in creative work:

Re-frame the problem– This involves thinking about the problem in a new way by asking, “What if it’s possible?”

Separate research from development– Designate a particular time for gathering information and a later time for compiling and developing your information.  Just as it’s hard to research and write a story at the same time, its hard to think creatively about solving a problem when you are still gathering  data.  Multitasking isn’t effective in any arena of effort.

Silence the critic within– Our creative thinking is often squelched by our inner critic who is constantly offering negative comments and criticisms.  By deciding not to judge whether or not something is a good idea or even possible in the initial stages of creative thinking, you are able to open the door to imagination and originality. Learn to enjoy the process as much as the end result.

Sleep on it– Taking a break or sleeping on an idea and returning to it later allows the unconscious mind to sort through ideas and consider new and unique possibilities.  It releases inventiveness and ingenuity.

Think about how your work will benefit others– We often need to develop some personal distance from a project and asking how others will benefit or enjoy the end result helps to provide that space.  We can become more engaged in a project when we think it will help someone else than when we are doing it for ourselves.

Recognize the effort as well as the finished project– not everything works out as well as we would hope.  However when we encourage a growth mindset and praise the time and effort that went into a project, we are setting the stage for more creativity in the future. 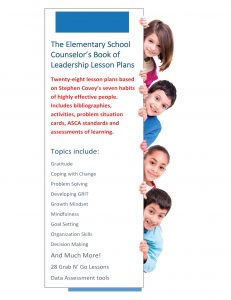