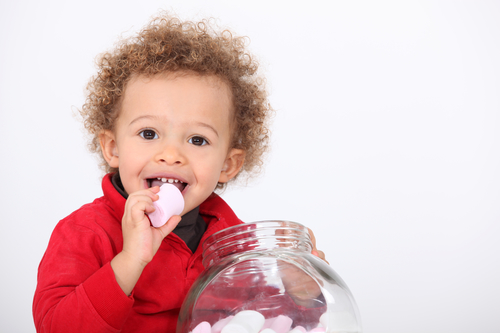 How to help kids develop self discipline

It’s a classic test of self-control and discipline;  The Marshmallow Test was designed by Walter Mischel in the late 1960’s, children were given a marshmallow and told they could either eat it now or wait for a period of time and get two marshmallows to eat.  The antics of children as they sniff the marshmallow, nibble and lick the marshmallow or just wiggle about in desperate anticipation is hilarious.  You can watch it here:

After the original experiment, children were followed and evaluated on several success measurements later in life.  The children who were able to resist the immediate gratification of the sweet treat and wait for two marshmallows, had significantly improved success scores, even higher SAT scores.

So what do we as parents and educators do with this information?

How do we teach children to delay gratification?

There are two take-aways from this study.  First, we teach children that they can expect some reliability in the environment. Obviously life isn’t always fair but if we expect a reward for our patience and it rarely happens, or happens so far in the future that we can’t connect the effort with the result, then we learn to take what we can when we can.  No doubt this is the message many children receive. So following through and following up on promises and expectations matters.

In another study, children were told to complete an art project and given a few broken crayons to do so.  However, they were told if they would wait, that the examiners would return later with some additional art supplies.  After a delay, one group received the supplies as expected.  The other group also waited but was later told that they wouldn’t get the supplies after all and to complete the project with the inferior materials.  Afterwards, the children participated in the marshmallow experiment.  Children who received the promised art supplies exhibited significantly more control and patience in waiting for the second marshmallow, than children who were disappointed.  The results are logical but point to the importance of not only providing children with a consistent and predictable environment but also with helping children understand how self-control may affect results.

The other take away is that we can teach children self-control.  It is not something that one is either born with or that is permanently instilled in children through their experience.  We can overcome the effects of a negative environment through concentrated efforts.  This is shown through the type of teaching done at Kipp Charter Schools.

How can you teach the students you work with self control and delayed gratification? Here are some tips:

Posted in grit, self control and tagged delayed gratification, marshmallow challenge, self control
← The secret to successful goal settingFive Steps to Self-confidence →