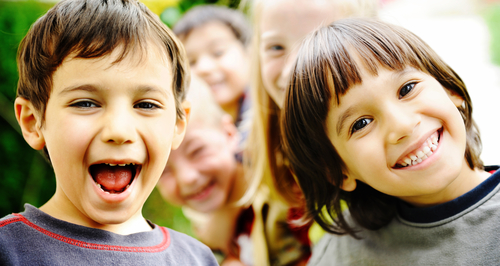 A few years ago, Andy Stanley, senior pastor at Northpoint Church, created a message series entitled Future Family.   In one of the sessions, Andy and his wife, Sandra talk about things they learned and advice they have followed as parents.  It was a brave and informative session because no matter what standards or guidelines you follow as a parent, most people are pretty quick to criticize and correct someone else’s style.

One piece of advice that was particularly powerful was the section on guidelines they learned and followed at different ages. I found myself saying, “I wish someone had told me that years ago when my children were young.”  So… now I am sharing it with you the readers of this blog as you navigate the tricky waters of parenting.  The Stanleys said that one of the guidelines followed was focusing on these things at the following ages:

Just having a conceptual framework for the task at hand can often give us clarity in specific situations.  This doesn’t mean of course that you can’t enjoy your children at younger ages or even be friends.  It also doesn’t mean that a parent tries to mold a child into a style or direct them in things that aren’t of interest to them.  It does mean that the main focus in early years is developing leadership traits, character, discipline and self-control that will serve them well in later life.

In the series, Andy points out that he has talked with many parents who have parenting backwards.  In other words, they try to be friends and well liked by their children during the time when they should be disciplining and training them and later resort to discipline when they should be coaching. Instead, following these guidelines  strengthens and deepens family relationships.  It steers children and young adults into habits of success.

This is also the goal of the Wyatt the Wonder Dog Book Series; empowering children to be lifelong problem solvers and leaders in their community.  Each book is designed to tackle a common childhood issue.  Here are the five titles and the topics they teach:

Wyatt the Wonder Dog Learns about being Organized

You can find all the books in the Wyatt store